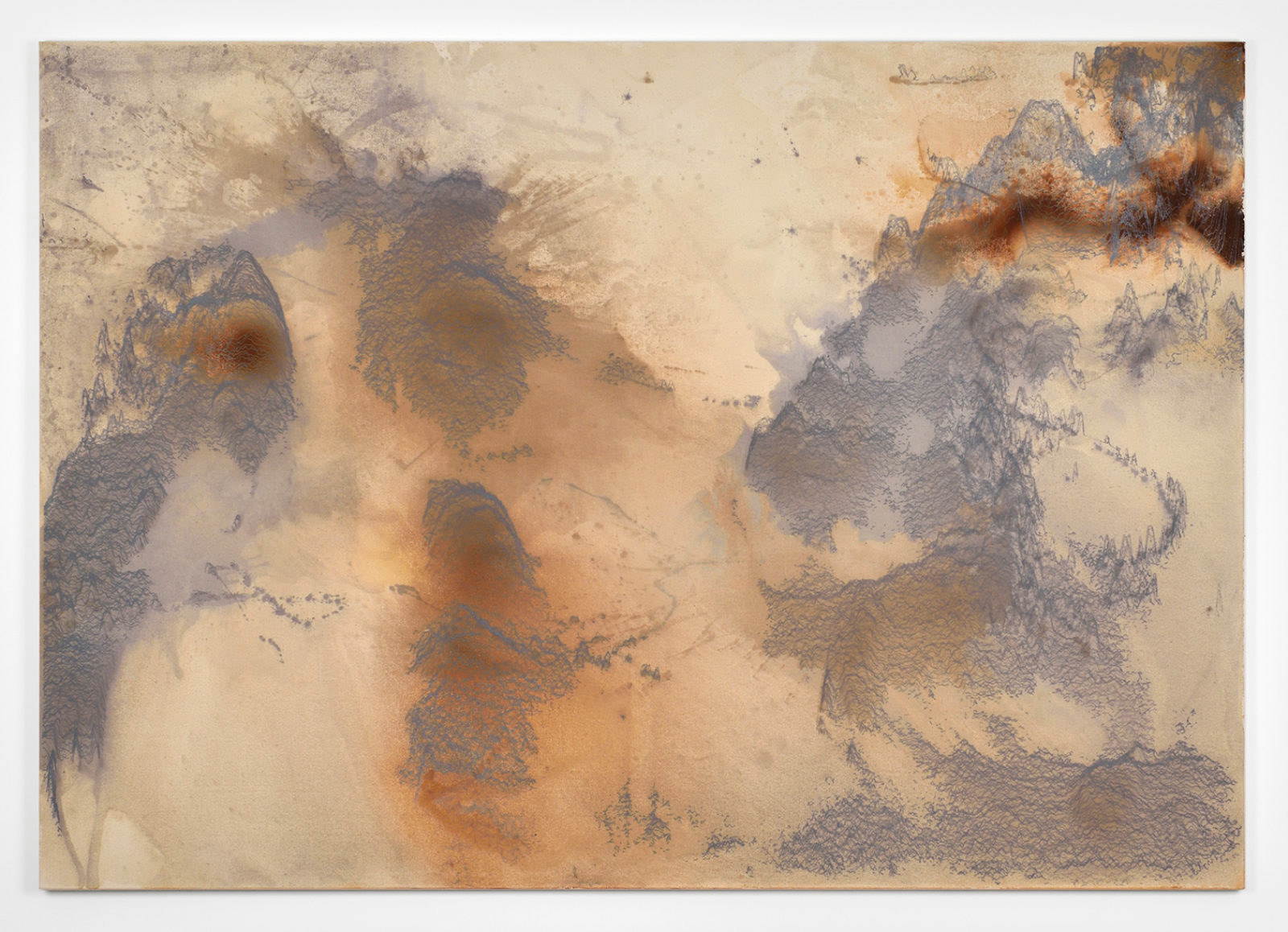 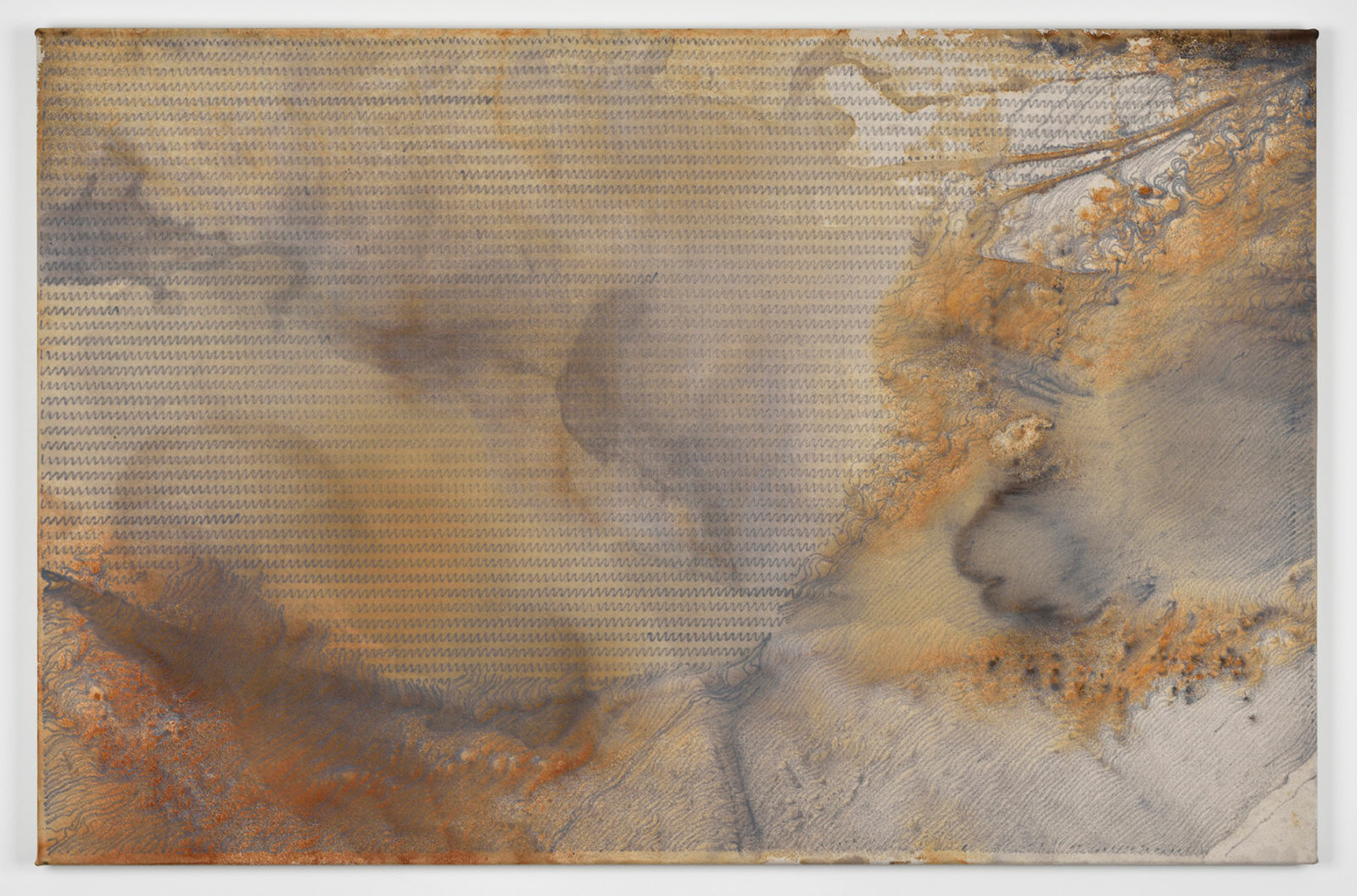 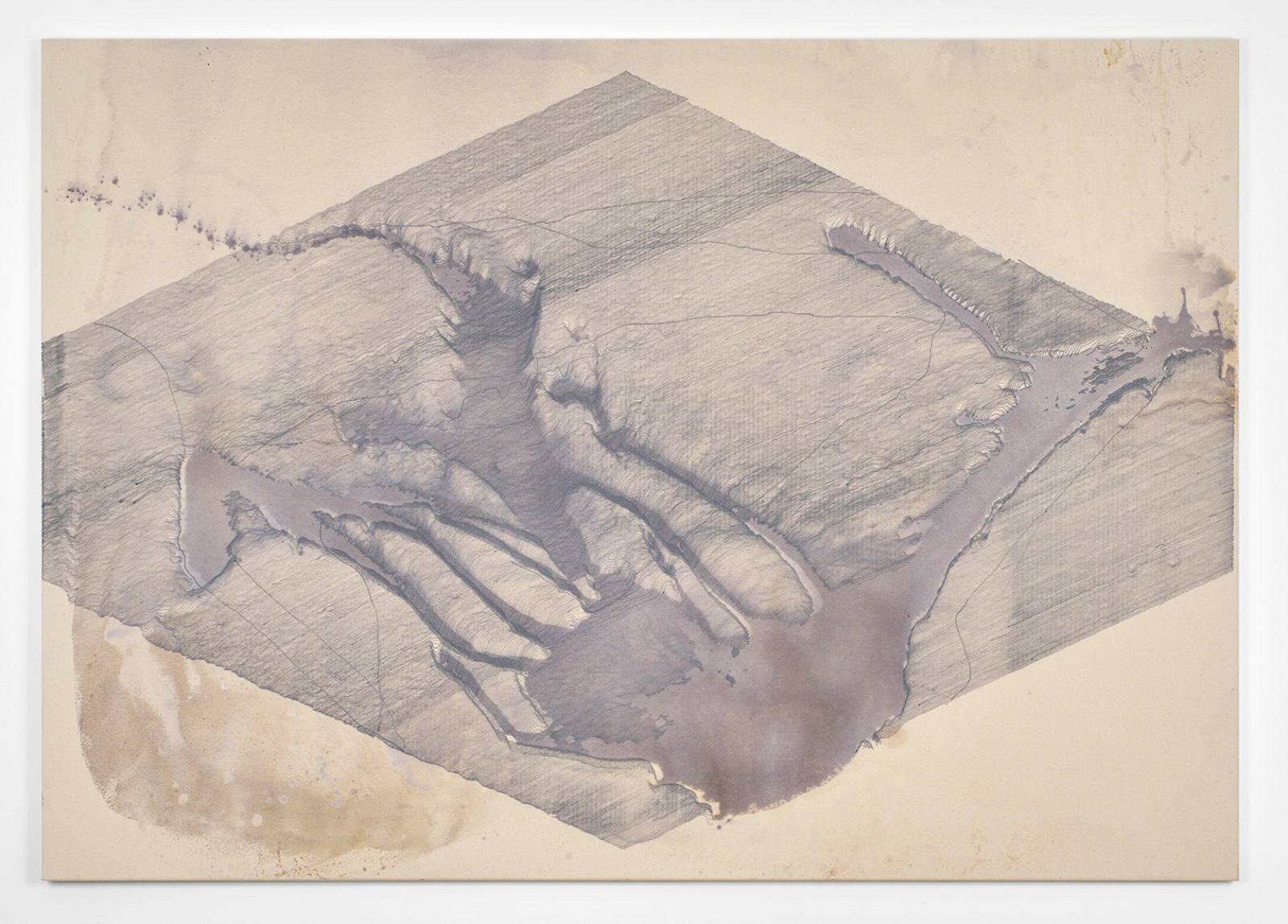 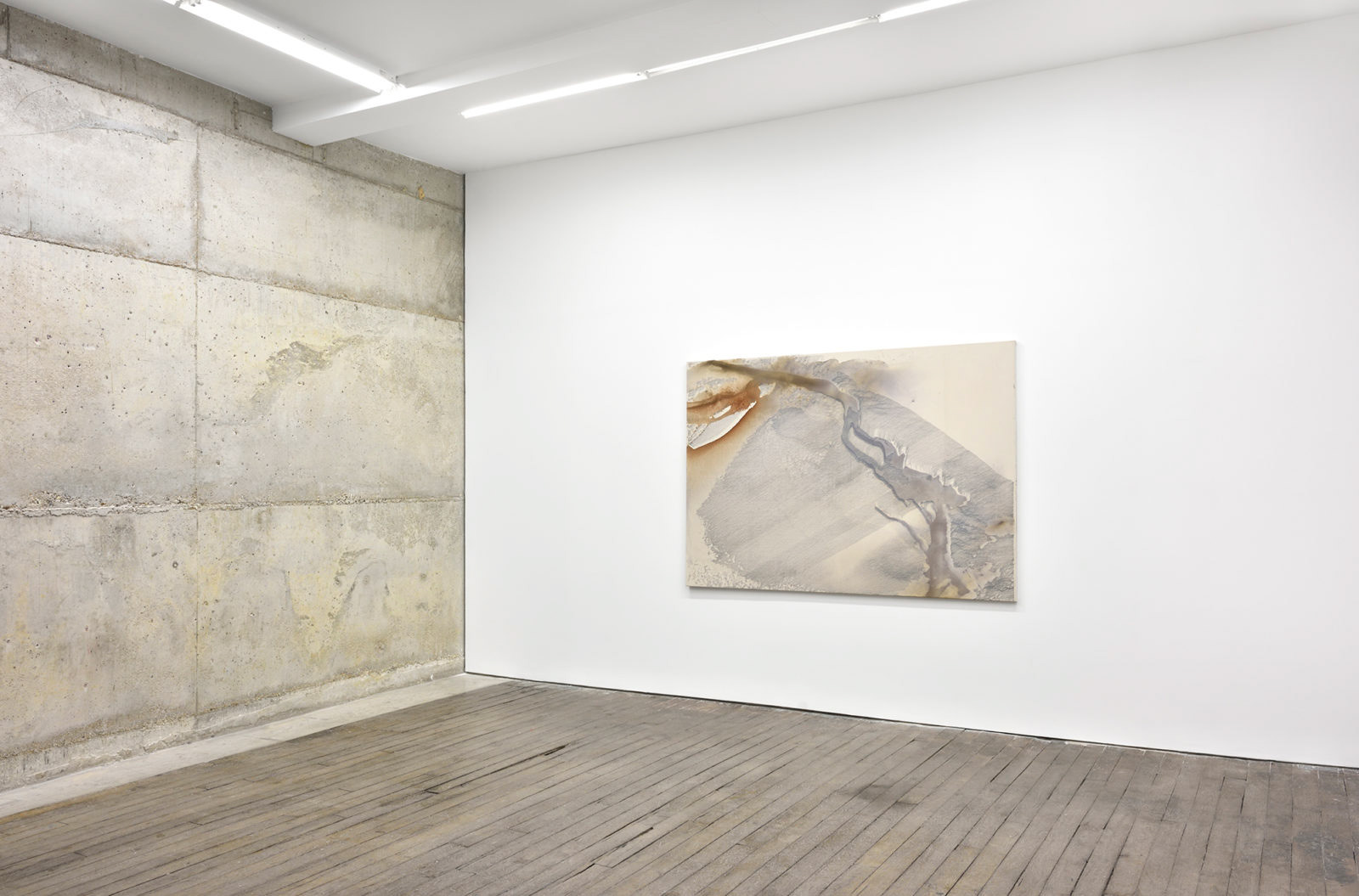 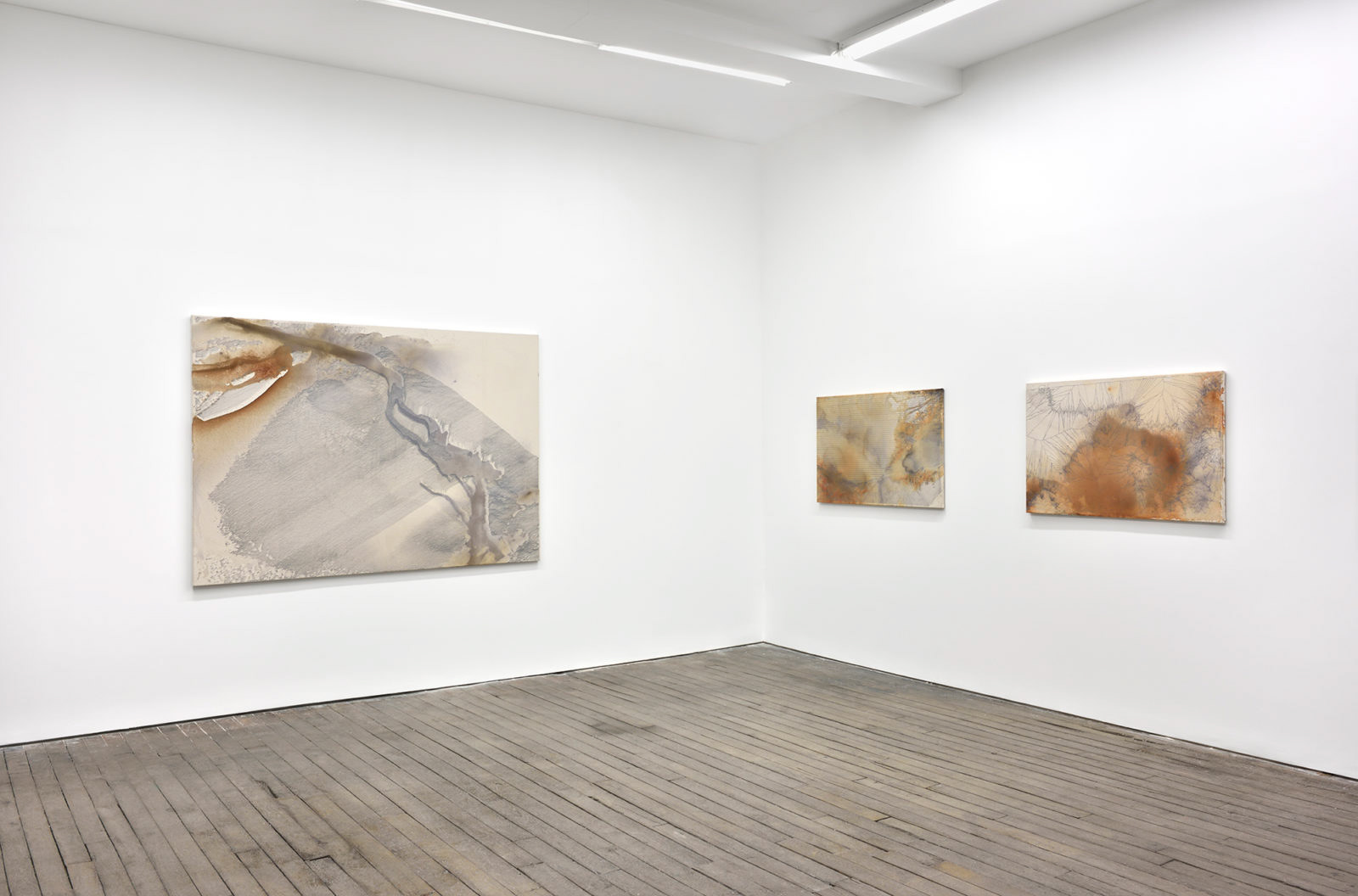 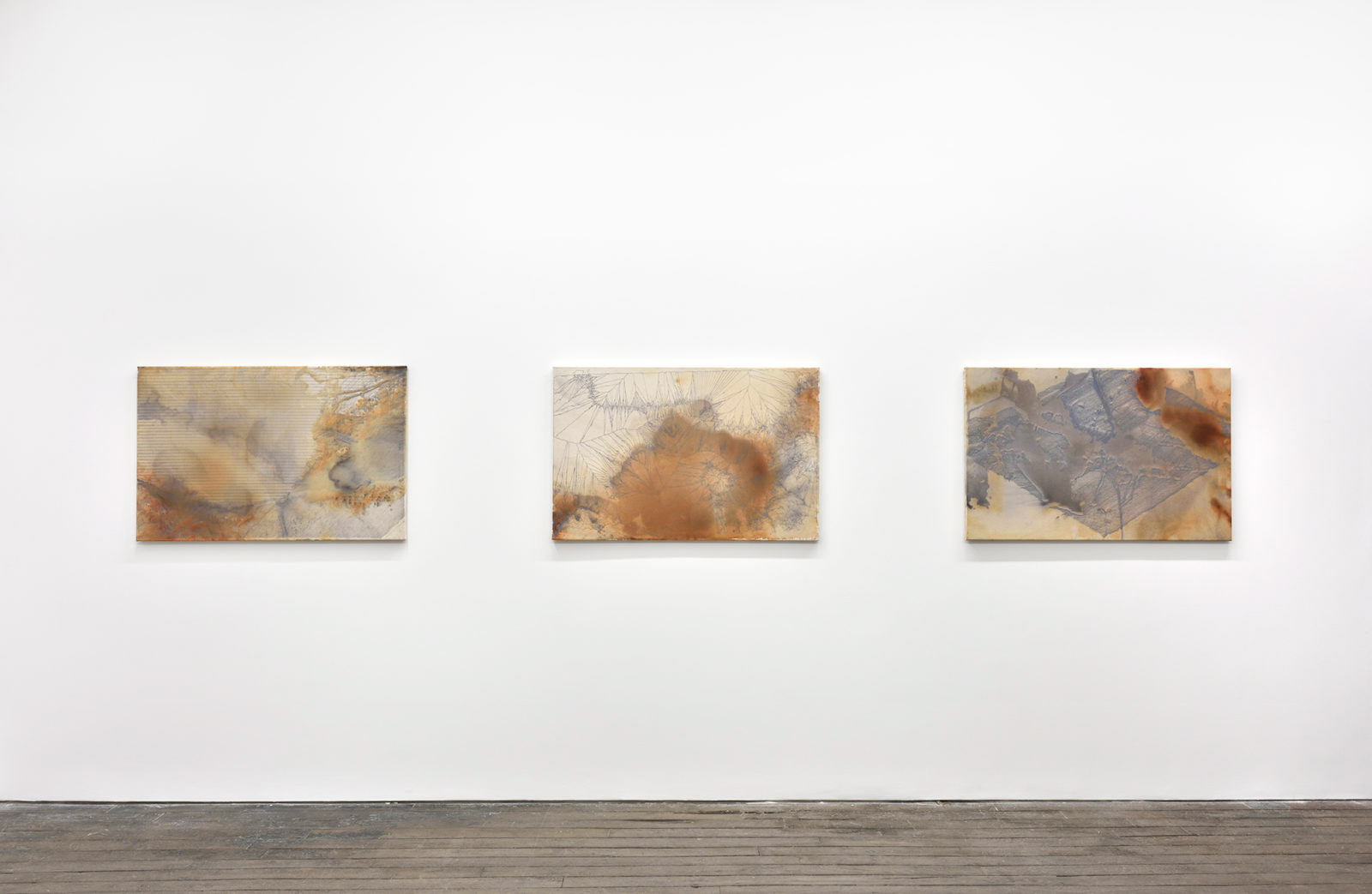 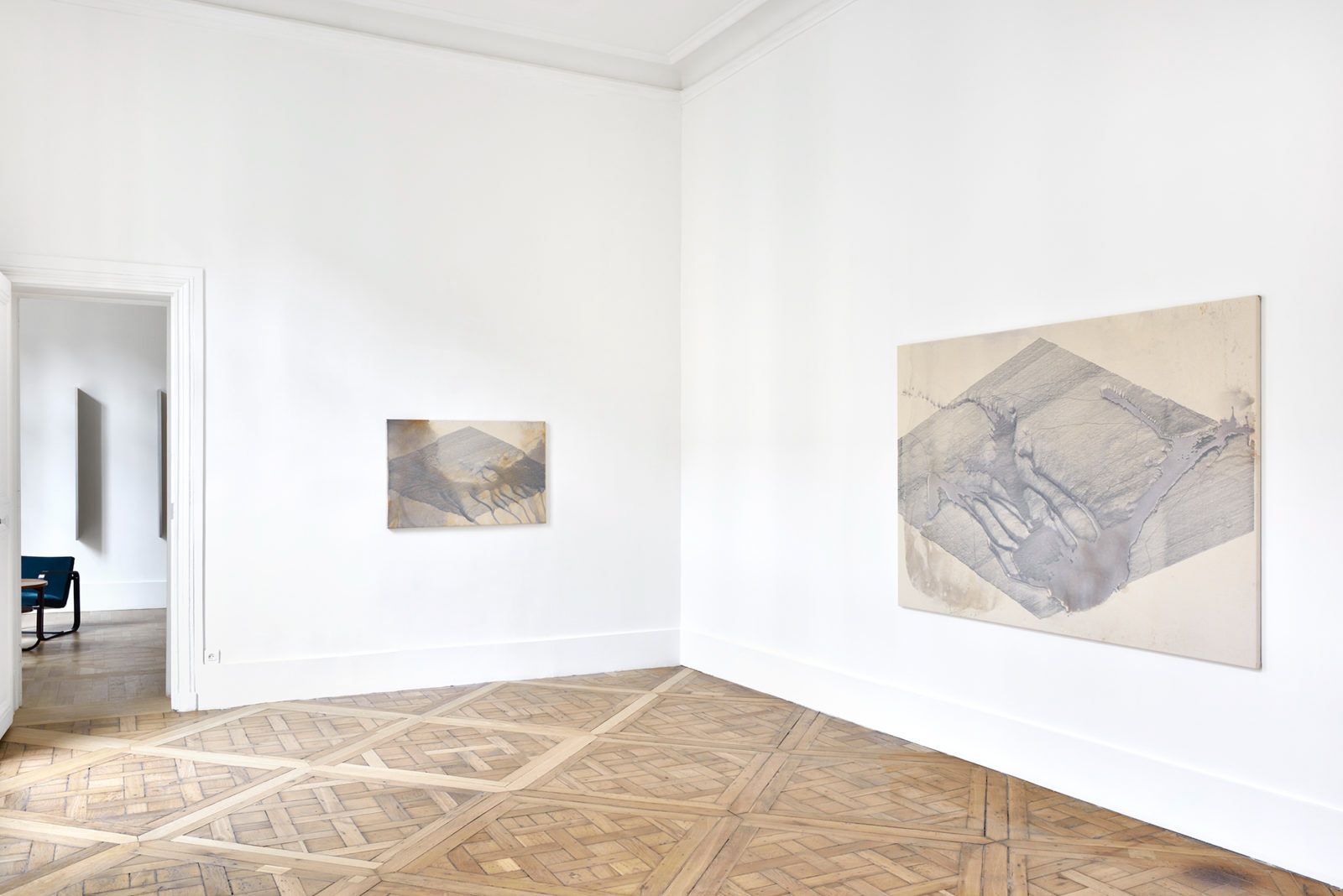 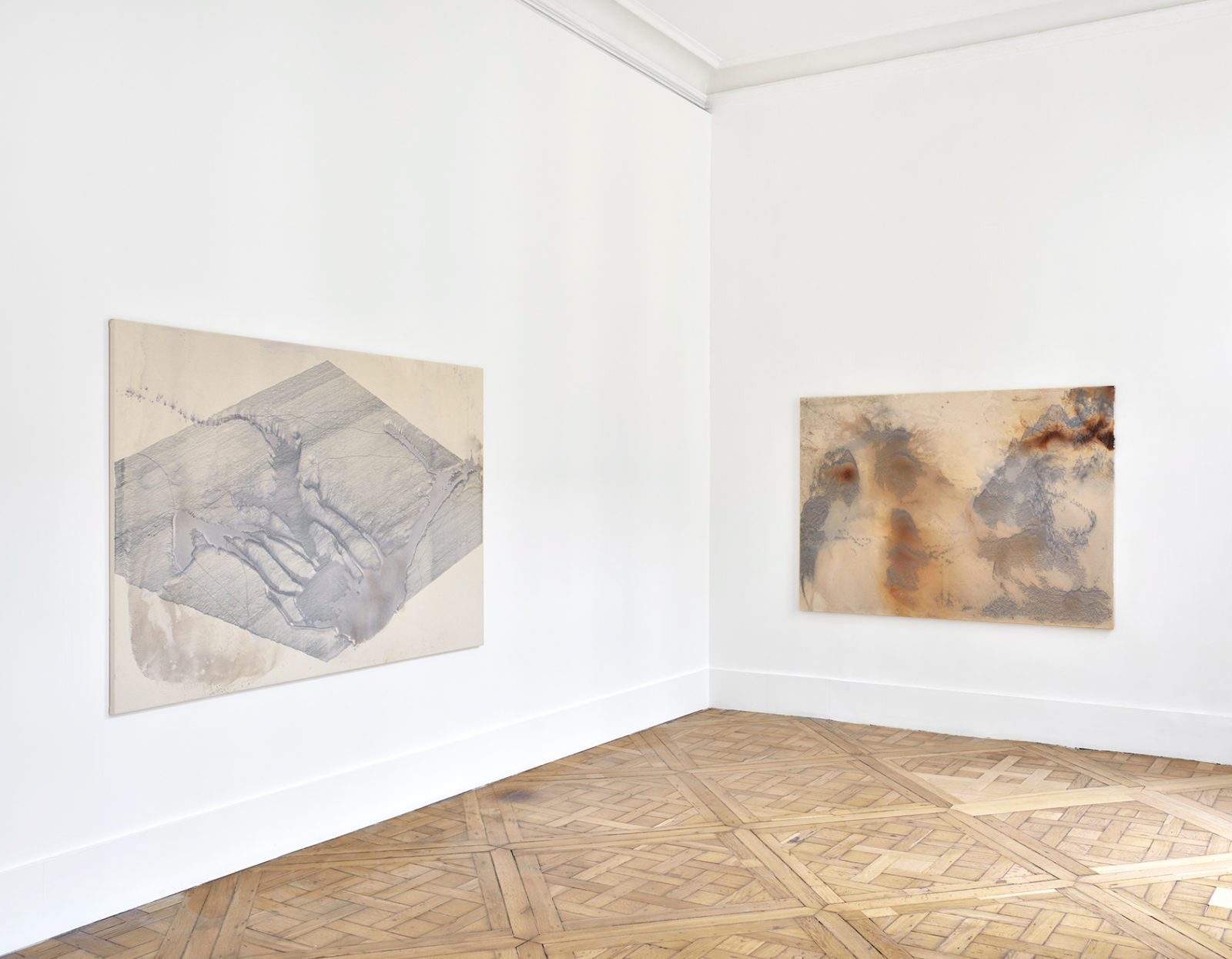 Campoli Presti is pleased to announce Strata. The exhibition will feature a series of new paintings conveying the impression of abstract landscapes seen from an aerial perspective. The works continue the artist’s exploration of painting in relation to technical and scientific imaging.
An important reference for Lefcourt’s landscapes was the recording of the first image of Mars by Nasa scientists in 1965. The initial planetary image was taken by a satellite and transmitted to Earth as a numerical sequence representing varying tonal intensities. Lower numbers represented darker, or lower areas of the terrain, while higher numbers represented elevated plains or mountains.Due to time constraints to obtain a detailed photograph, the values were initially decoded by the scientists using oil pastels. Thus, the first representation of Mars was a hand-painted sketch. The image’s truth claim inscribes itself into the history of aerial photography - patented by French portraitist Nadar in 1855, the technological development of aerial views has escalated with the use of satellite imagery, paired with military domination.
For Lefcourt, the Nasa painting of Mars is a vivid example of a mediated painting process. On the one hand, there is the arbitrary surface of the terrain produced by chance geological events, while on the other hand there is a rigid, numerical encoding of this natural surface into a grid of values. This relationship between chance and encoding provided Lefcourt a structure from which he could develop his work. Viewed from a distance, Lefcourt’s topographic lines and terrestrial surfaces hold out the possibility that the images represent specific locations on the earth or elsewhere. Only upon reflection does one realize the map-like drawings are actually responding to the stains and drips of the painted surface below. The work begins by using chance procedures to apply washes of pigment to an untreated canvas. The canvas is then photographed, and the image imported into 3-D software. At this stage Lefcourt begins to program lines, marks, and diagrams analyzing the surface of the canvas as though it were a dimensional model of a landscape. The resulting points and vectors are later rendered on top of the original stained canvas using a computer-controlled plotter that Lefcourt constructed for the series. Approached as a test field, Lefcourt’s canvases articulate the distance between the aleatory application of paint and the regulated mapping of those same actions in a single terrain – the terrain of the painting.
Lefcourt’s work reflects on contemporary image production while negotiating the reality of material procedures within the historical genre of Landscape Painting. In her essay dedicated to this body of work, Claire Lehman sees the lines and marks laid down mechanically as “remnants of optical effects - from the camera lens that provides the digital visual data to be extrapolated from a previously uncharted surface, that of Lefcourt’s canvas.” She continues, “Isn’t every canvas, at the beginning, a world unto itself, an environment in which chance and intention can combine to produce an image of intelligence, allegory, even fantasy?” 1.
1. Lehman, Claire. Terraform, November 2018, p. 3.
↑Back to Top